This course combines concepts from CPP 523 (Regression Analysis) and CPP 524 (Research Design) by demonstrating ways in which counterfactual reasoning can be built into regression models in order to overcome the selection and omitted variable bias problems that make it near impossible to use regular regression models to estimate program impact.

Instead of running a basic regression with controls, the models you learn this semester use new specifications and some clevel quasi-experimental design tricks in order to create build reasonable counterfactuals into the models. When deployed properly, the resulting estimates of program impact get much closer to what a Randomized Control Trial would produce.

The when deployed properly part of that statement is an important caveat - each model will be sensitive to different assumptions. We know this through a growing literature on studies that use experimental data produced by Randomized Control Trials, then re-estimate program impact with the same treatment group and a new observational control group using quasi-experimental approaches. In many contexts the quasi-experimental models produce results very close to those generated through the RCTs.

These regression techniques represent the toolkit for causal reasoning for most evaluators. Each model will leverage of the the three counterfactual estimators discussed in CPP 524. You might find it useful to review the Varieties of the Counterfactual before beginning these labs and pay close attention to which estimator each model most resembles (reflexive, post-test only, or post-test with comparison). What are the assumptions necessary for each estimator to be valid?

Ferraro, P. J., & Miranda, J. J. (2017). Panel data designs and estimators as substitutes for randomized controlled trials in the evaluation of public programs. Journal of the Association of Environmental and Resource Economists, 4(1), 281-317. 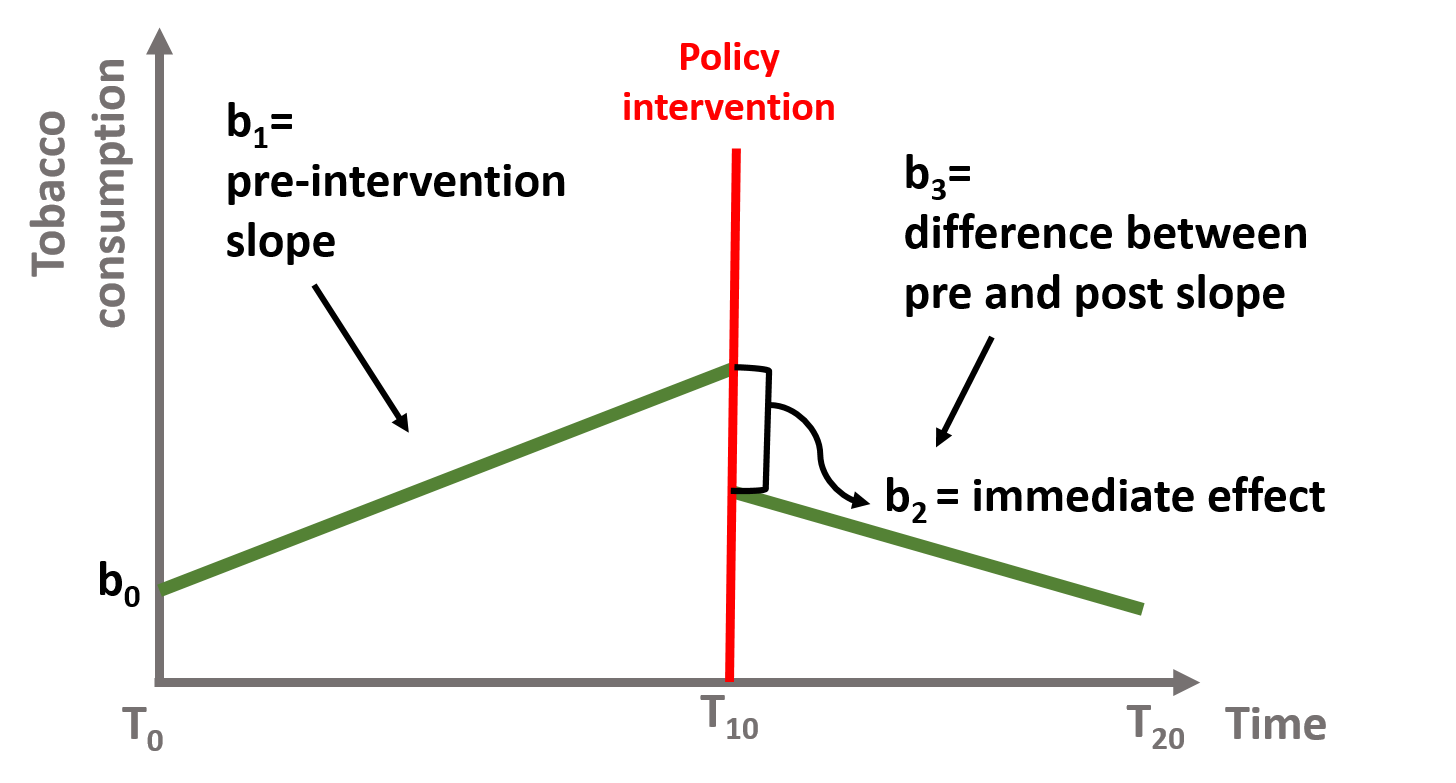 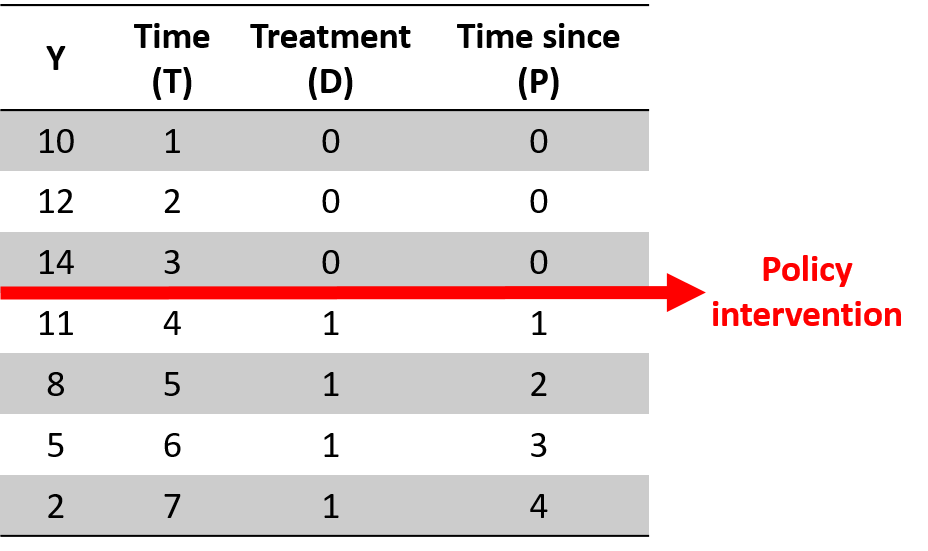 Varieties of the counterfactual: lecture notes

Panel models are necessary when group structure (farms A, B and C in this example) is correlated both with the level of treatment (amount of fertilizer used each season) and the outcome (some farms are more efficient).

If it is the land causing the productivity difference and land quality varies by farm, omitting the group ID (farm fixed effect) in the model would not bias the result. But it would make the model a lot less efficient (larger standard errors).

If the management practices of the farm are driving outcomes then better managers use fertilizer more intensely, but they also do a dozen other things not captured by the model that will improve productivity. In this case the farm ID is a proxy for management, and omitting it would result in bias.

So although group ID is measured differently than variables you have used before (it is a factor or a set of dummy variables) it operates similarly to other controls. If it is uncorrelated with the treatment then adding it will not change the policy slope, but it will make the model more efficient (explain more of the residual). If the group ID is correlated with the treatment then adding it to the model will fix bias.

This example explores the relationship between mileage and used-car price. Car models (e.g. lexus, ford, and honda) are correlated with price (a lexus is more expensive on average), but they are uncorrelatd with mileage (lexus owners and honda owners are driving similar amounts each year). Car values are very different when new, but each 10,000 miles driven reduces the value by the same amount. 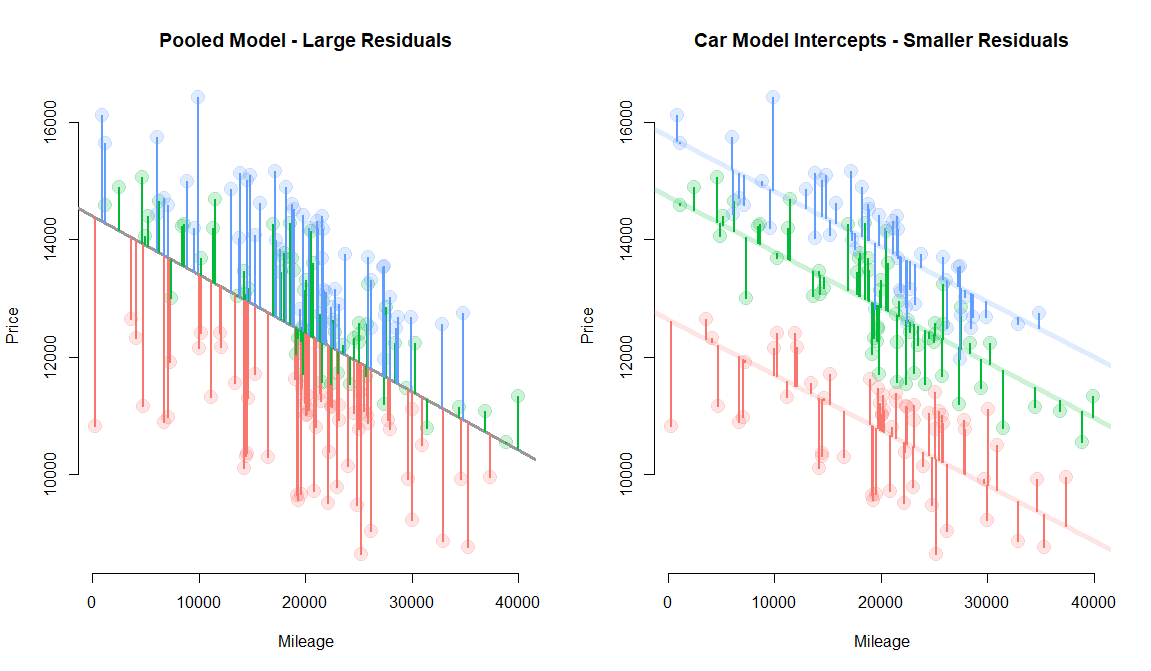 Where the data would be structured as follows:

Note that this is an over-simplified presentation of the topic. The terms fixed and random effects are used differently depending on discipline (see Gelman’s insightful discussion) and the model are estimated using different technique (see Stoudt blog, 2017).

Recall the taxonomy of control variables. 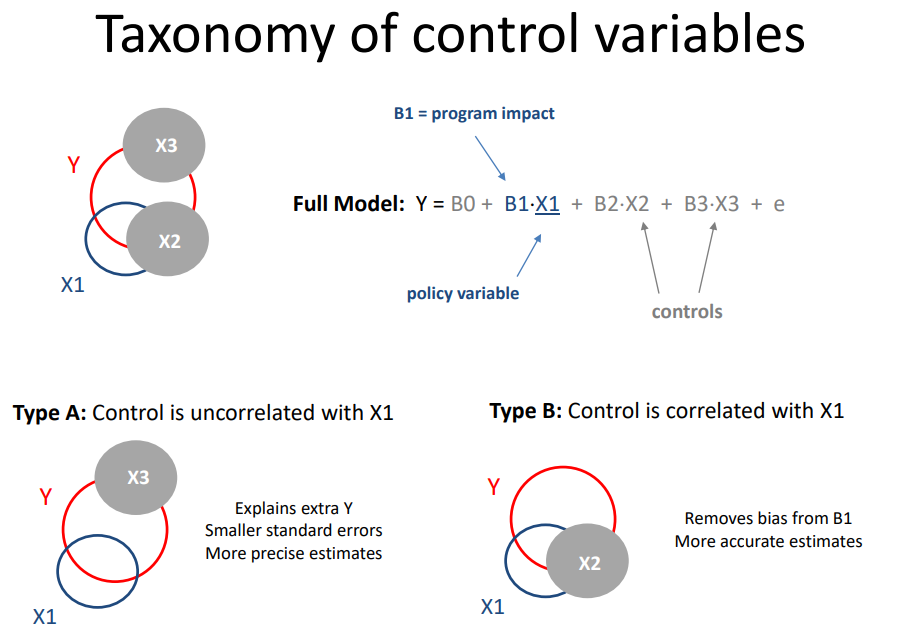 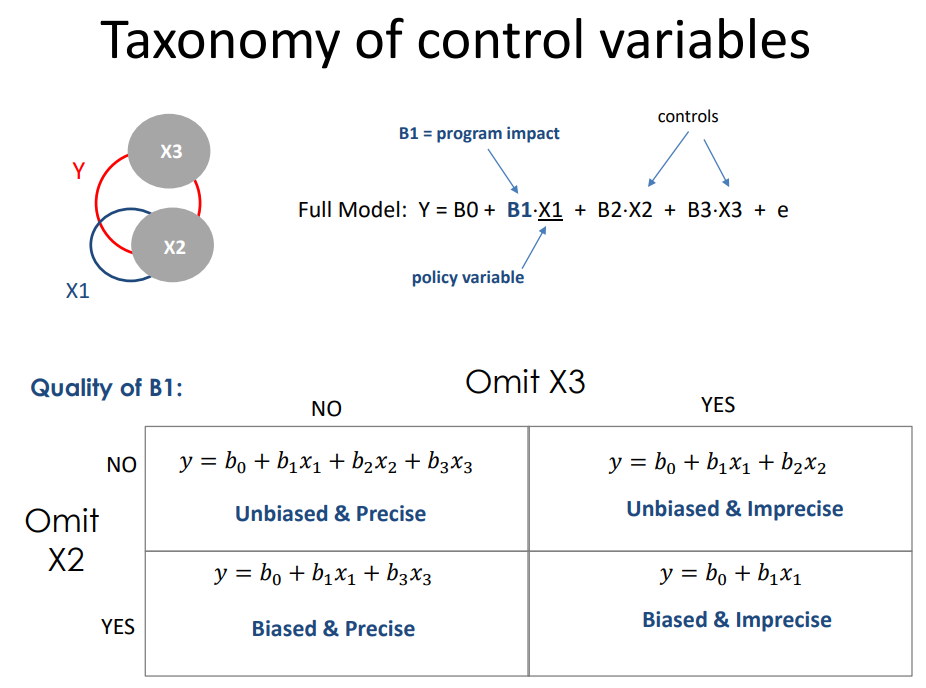 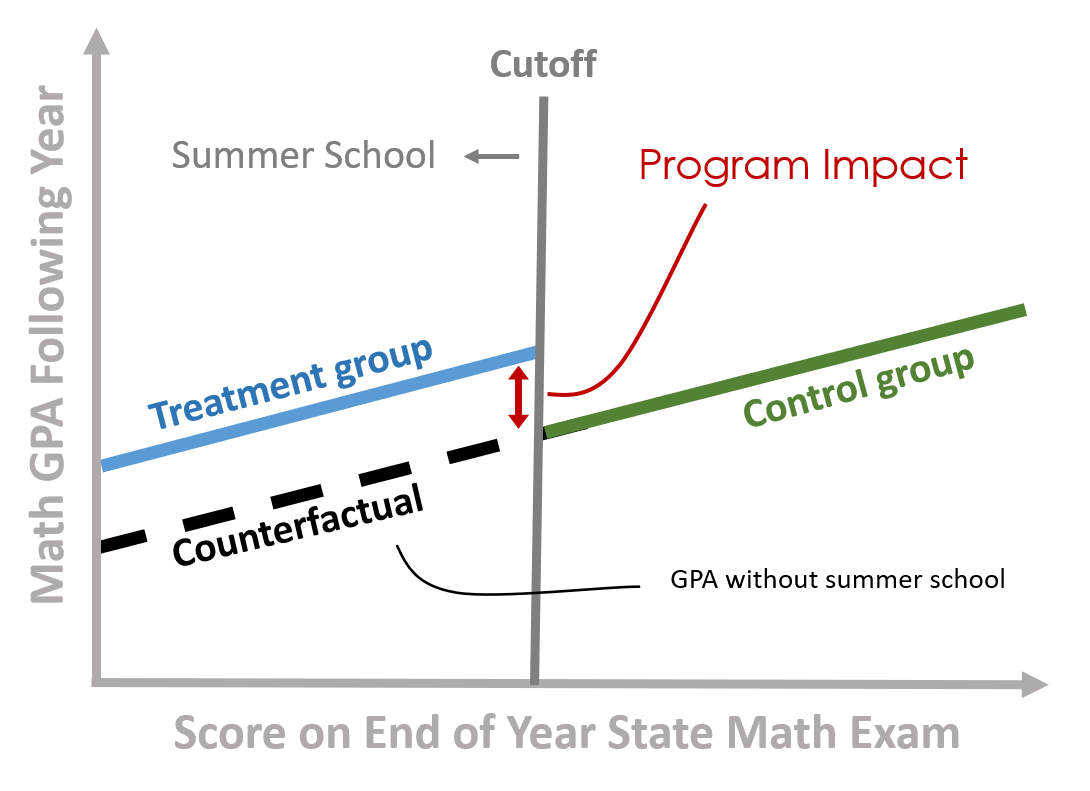