“Shiny” is a package in R that allows users to create dynamic web applications. Typically these apps require advanced knowledge of several web programming languages, but Shiny allows the user to do all of the development in R, greatly simplifying the learning curve and development time.

Apps will be judged based on technical merit and/or on artistic achievement (e.g., UI design). We recognize that some apps may excel in one of these categories and some in the other, and some in both. Evaluation will be done keeping this in mind.

There were 136 submissions to the contest. Results were announced on April 5, 2019. The organizers selected four winners, six runners up, and 21 app got honorable mentions.

This app by David Smale is a lyrical analysis of the three-volume concept album by the Magnetic Fields containing (yep, you guessed it) 69 love songs. We fell in love with the look of this app, and really appreciated that the font and colours used in the app have been chosen to match the album artwork. You don’t have to be a fan of the Magnetic Fields to appreciate the care and attention to detail that went into each panel!

A brave handful of people have built small games in Shiny. It’s always impressive to us when people pull that off at all, but we haven’t seen one that works as well as Hex Memory Game created by pvictor. Not only that, but the code is super clean and easy to reason about.

Think you’re a good pet owner? This app by Jenna Allen will make you think again! Jenna, who describes herself as a digital nomad traveling with two dogs, Layla and Lloyd, has built this app for keeping track of her dogs’ medical and vaccine records. The timeline visualizations in the app are extremely effective, and the amount you can drill down – all the way to vaccine certificates and exam notes in PDF format! – is very impressive.

iSEE (interactive SummarizedExperiment Explorer) by Kevin Rue, Charlotte Soneson, Federico Marini, Aaron Lun and is designed for interactive exploration of high-throughput biological data sets. The data-visual-selection controls in each panel were well presented, and the dynamic, directional crosslinking feature is something we haven’t seen before. And it can even generate a reproducible R script! 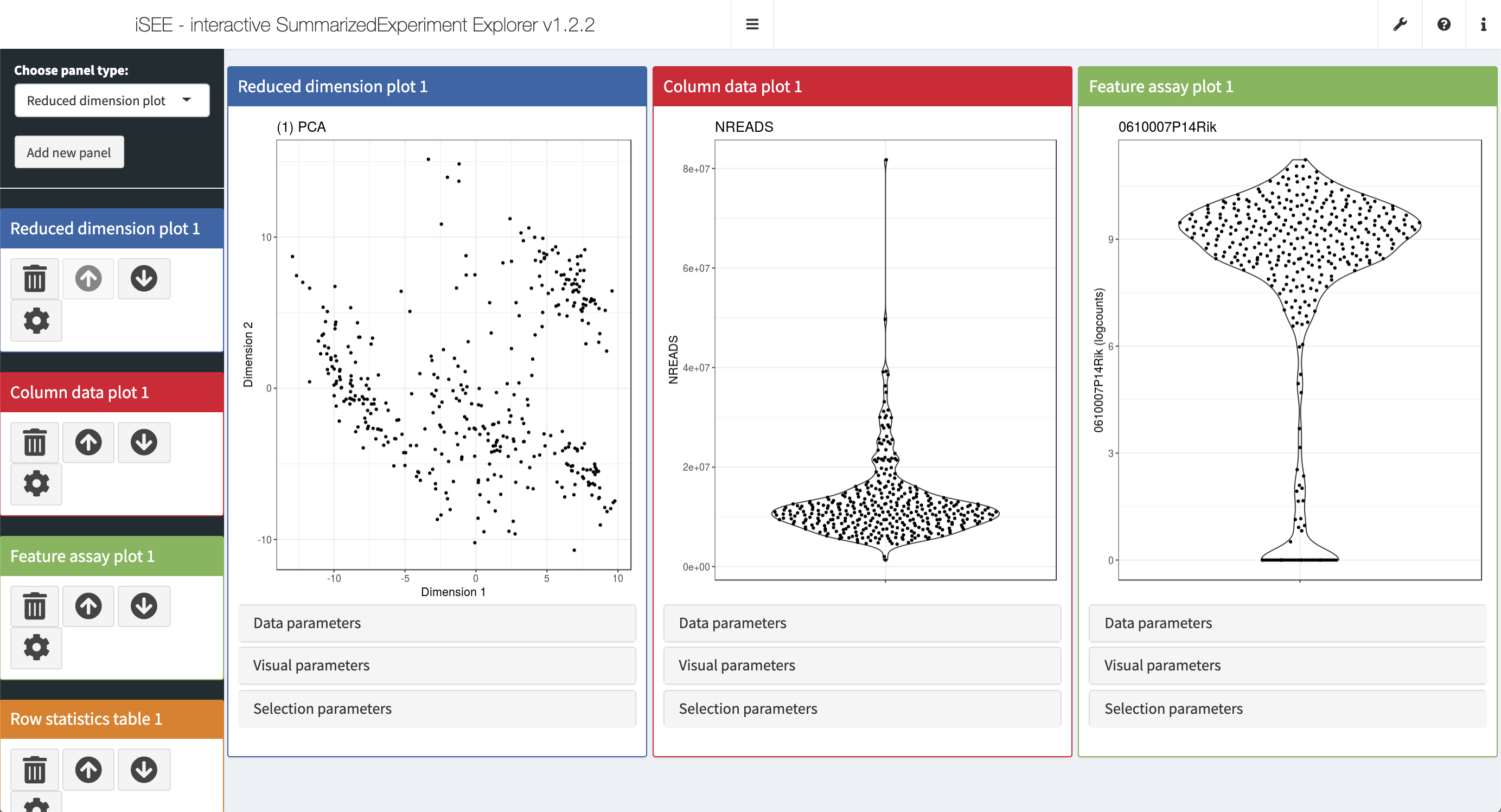 More information about the contest can be found here.